Book Review "The Perfect Order of Things" by David Gilmour

David Gilmour, past winner of the Governor General’s award for fiction, has written a new book, a semi-fictional account of his life entitled “The Perfect Order of Things.”  It’s a new book, but it’s the same book.  Before I say more, let me say this: I like David Gilmour.  I liked him from way back, when he was the film critic for CBC’s The Journal.  I really liked him when I read “How Boys See Girls,” (the first novel of his I read).  I’ve been reading all of his books since.  That said, Gilmour tends to write the same book over and over.  Cancel that.  Gilmour does write the same book over and over.  Here is the good news, he seems to be getting better at it.  Nobody writes about the loss of a lover, the pain, the tearing of a heart into pieces, the way Gilmour does.  If you have ever had your heart torn out and stepped on, Gilmour manages to capture it perfectly. 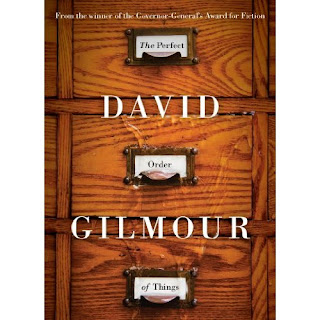 As much as I like David Gilmour, he comes across often as a man-child, needy for attention, unsure of himself as both a lover and writer, and often afraid of his own shadow.  Why would someone write about themselves like that?  Not only in this latest book, but in all of his books.  I think this answer is this: David Gilmour is honest to a fault.  It’s what simultaneously draws me to him and pushes me away.  He writes honestly about his failings, his insecurities, and his own vanity.  There is a very funny scene in “The Perfect Order of Things” where he bumps into Robert De Niro outside a bathroom at a TIFF party.  It makes me like Gilmour, but at the same time there is a part of me that wants to say, “David, come on man, don’t be such a baby.”

David Gilmour is taking stock of his life, putting it order, getting ready to die (well I certainly hope not anytime soon).  He does so by revisiting the places and people of his past.  For the reader, it’s like going through all his books once again.  The childhood of “Lost Between Houses,” the obsessive love of “Sparrow Nights,” and even his last book, a non-fiction book about the relationship with his son, “The Film Club.”  I would imagine the narrative comes across a tad convoluted, unless you were familiar with Gilmour’s other books.  One chapter is dedicated to why he likes to read, Leo Tolstoy.  I thought it would be horrible.  I loved it.  When my kids are older and I have more free time, I will pick up a copy of “War and Peace” and read it because of David Gilmour.

One of my favourite sections of the book is when the protagonist gets a bad book review for the new novel he has written.  He stews about it, loses sleep over it.  Months later he runs into the reviewer on the street and slaps him across the face.  It is every writer’s fantasy comes true.  I cheered.

“The Perfect Order of Things” isn’t perfect, but it’s a Gilmour book, and I like David Gilmour.  Maybe one day he will slap me in the face?  I’m hoping for a hug.  Or just a handshake and a conversation over a beer.

Posted by Christian McPherson at 8:33 PM

Christian McPherson
Christian McPherson is a poet, novelist, and cartoonist. He lives in Ottawa with his wife and their two kids. He has written a bunch of books including, The Cube People, Saving Her, and My Life in Pictures. His new book of poetry was released from At Bay Press, Walking on the Beaches of Temporal Candy.